12 thoughts on “An Abbynormal Vacation 27” 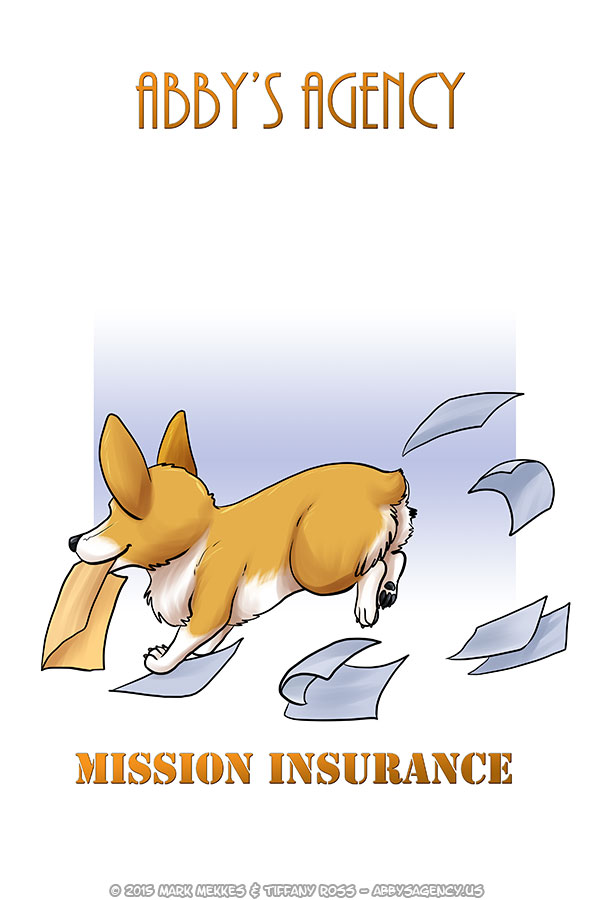 Abby's Agency All
More Chapters
Upgrading Comicpress today and ooops.. looks like I’ve missed something, but everything IS still here. – Tiff
I am still having problems with my laptop and after contacting HP about the issues, they would like me to send it in again. 🙁 I haven’t been able to get the Yiynova I planned to replace my laptop with, so I’m going to spend the weekend inking since that’s what I do the quickest on my tablet PC. I’m going to try to ink using my intuous, but it’s not as fast or as nice to my eye. No, I’m not wanting to go out and get a Surface Pro. 😀 The screens are too small and I don’t feel it’s worth the price as it currently is. Next fall, I’ll probably be after one if the prices drop, they have Haswell, and they have LARGER screens. I work on a 12.1″ screen. Pros have a 10″ screen. 😀 2 inches makes a huge difference! For now, I just want a device that doesn’t cost an arm and a leg and does what it’s supposed to do without glitching constantly! That’s pretty much it. – Tiff
Well. I’ve spent most of the last few hours freaking out about my laptop’s constant and growing list of issues. It finally reached the point of not connecting to the internet with the patch cable plugged into the router. The wifi has been increasingly unreliable for the last two weeks, so I used a patch cable to make it sync and keep it working. Internet came back after some rebooting and trying my best to keep it cool, but this completely ruins my plans. I was going to run an indiegogo to get a Yiynova so I could send the laptop off to be repaired and not have updates interrupted. Problems yesterday made me add it to the current Indiegogo I have running for a plush toy. So I could get it done asap. Then I figured, if it fails, I’ll do that seperate one… but today? Well, everything went wrong. I managed to get the connection to work, but it’s unreliable, so quickly logged my request to HP, who responded back quickly that since it’s a continuing problem, they want to bring it in for repairs. So right now, I’m scrambling to pencil and ink as many pages as I can on it. There will be delays depending on when the packing materials get to me. I’m not sure if this is good or bad timing. Kim’s off to camp Moss (Yay, free camp for cardiac kids!) next week. I can’t work while she’s here and had planned a lot of catchup work. 🙁 Even if I abused a credit card, which I’m not willing to, the Yiynova would likely not arrive until after the laptop is repaired. 😛 So I’m just warning, possibility of no new updates in the next couple of weeks or very limited ones. I’m just not prepared to do comics by hand or have the things I need. The only good thing about this is that the laptop won’t be frustrating me once they fix it and get it back to me. 😀 – Tiff